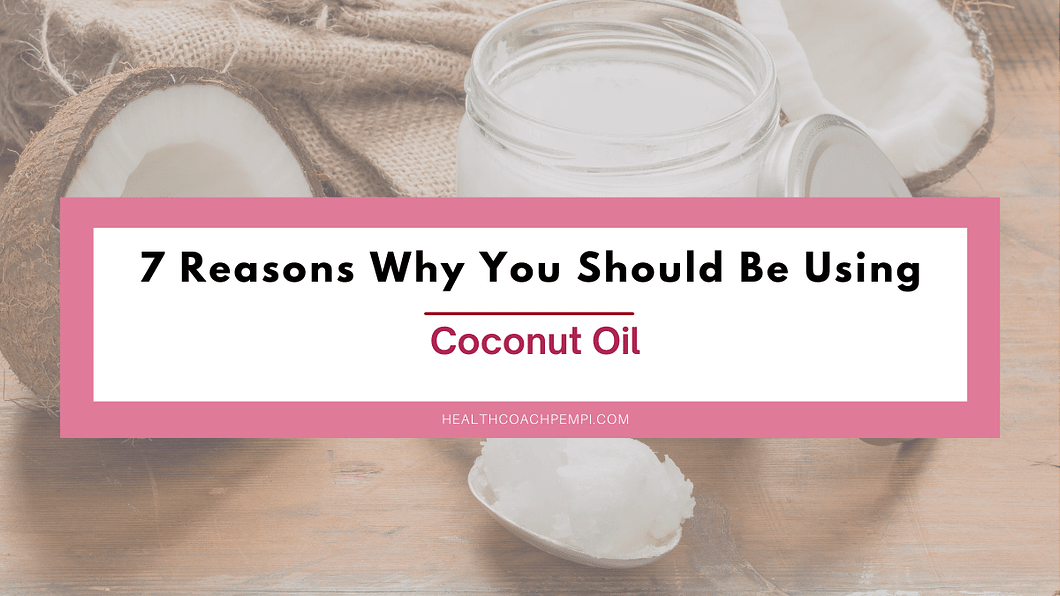 Are coconut oil health benefits worth it?

Coconut oil has grown in popularity over the last several years throughout the world. It can be used in a variety of ways! Some of the most popular uses of coconut oil are hair treatments, food additives, sun protection, and deodorant. Its pleasant taste and versatility make it an ideal component for a wide range of items.

Coconut oil has a lot of nutrients that can benefit your health and eating habits. It is high in fatty acids, which your body requires, as well as improved cognitive function, metabolism, and hair and skin health.

Here are the top coconut oil health benefits as an alternative to other common cooking oils.

Yes, coconut oil won’t make you fat, unlike many other common oils, like vegetable and corn oil.

Why? It is important to note that most cooking oils contain long-chain triglycerides (LCT). Coconut oil, on the other hand, has medium-chain triglycerides (MCT), which are a simple energy source for the body to burn without turning to fat. LCTs are frequently stored as fat. Because coconut oil is an MCT, it is quickly absorbed and converted to energy.

For hundreds of years, people in tropical regions have eaten coconuts as a primary food. I love coconut oil as well! I’m from the Caribbean and we use coconut in all it’s forms. One of my favorites during a normal day? Drinking from it at the beach while overlooking the ocean.

In most tropical regions, people consume considerable amounts of coconut oil on a daily basis. It helps them stay healthy rather than making them obese. When people switch from coconut oil to our modern oils, they may become overweight and acquire the illnesses that modern society faces.

Some other people who have recognized the truth for a long time are those in the field of animal feed production. When livestock is fed vegetable oils, they grow fast and produce more fatty meat. They become quite lean when fed coconut oil.

2. Increased Metabolism is One of Coconut Oil Health Benefits

Coconut oil not only converts to energy faster in the body, but it also promotes weight reduction by increasing your metabolism. Because it activates your metabolism, it makes fat burning easier for your body.

Coconut oil might raise your calorie expenditure by up to three times. As mentioned, coconut oil is an MCT, which means it’s quickly transformed into energy, resulting in a lot of heat. After a meal, MCTs burn three times more calories for six hours than LCTs according to an article published in the American Journal of Clinical Nutrition.

This is fantastic news for individuals who have sluggish thyroid glands since coconut oil promotes the formation of more thyroid hormones by stimulating production. The majority of other popular oils, such as vegetable oil and corn oil, have been found to reduce thyroid activity.

Something we get too much of is omega-6 fatty acids, which are present in most cooking oils. Our ratio of omega-6 to omega-3 should be 1:1, but it’s more like 50:1. To be healthy, we must drastically reduce our intake of omega-6 oils and use a lot more omega-3 oils. And coconut oil is filled with these healthy omega-3 fatty acids.

Most individuals that switch to coconut oil notice a surge of extra energy in their daily routine due to the nutritious omega-3 fatty acids and because it boosts metabolism.

Coconut oil contains the most MCT of any food, which helps to boost metabolism and assist with weight loss. Thermogenesis is increased by MCTs, which leads to increased metabolism and energy production.

Coconut and coconut oil can help a lot of people suffering from chronic fatigue syndrome and fibromyalgia.

Coconut oil is one of the most effective substances you can use on your skin and hair.

It provides short-term relief for a variety of skin conditions, including rashes. It promotes the healing and restoration of damaged skin. Coconut oil has also been shown in studies to assist with several other skin issues, including yeast infections and other dermatological problems.

Coconut oil is a natural moisturizer with anti-aging and antioxidant effects that help to defend your skin against free radical damage. Coconut oil is also great as a massage oil. My favorite use is for stretch marks and scars! I’ve suffered from acne and infections throughout my life and coconut products have helped me ease the effects of them. Highly recommended!

6. Overall, It is Healthier

Coconut oil appears to have antifungal, antibacterial, and antiviral properties when consumed as well as applied topically to the skin.

The majority of oils oxidize and become rancid in a short amount of time, causing free radical damage to our bodies. Coconut oil is resistant to oxidation and does not cause the same free radical damage as polyunsaturated vegetable oils. Free radical damage may be linked to a variety of illnesses, including arthritis and increased cancer susceptibility.

Coconut oil improves the absorption of other nutrients, such as Vitamin E, by our bodies.

Coconut oil has a greater smoke point than olive oil, which means it can endure higher temperatures. There are several beneficial omega-3 oils available to us, such as flax and olive oil, that don’t perform well at high temperatures.

Coconut oil has a longer shelf life than other cooking oils, which are often rancid long before you buy them. Rancid oils promote the formation of free radicals in the body, which is a major cause of cancer. Coconut oil retains its freshness for over a year at room temperature.

These are just a few coconut oil health benefits. Are there coconut oil benefits that I missed? Let me know in the comments section!

If you need help in achieving your health goals, here’s the EXACT formula I use to meet my goals EVERY. SINGLE. TIME. My Inevitable Success Kit is a step-by-step blueprint that shows you exactly what you need to do and how you need to do it so you can live your life the way you always believed you could!

This site uses Akismet to reduce spam. Learn how your comment data is processed.